Liquid foams are widely used in industry for their high effective viscosity, whose local origin is still unclear. We present new theoretical and experimental results on the physics of soap films, in configurations mimicking the elementary deformation occurring during foam shearing. Theoretically, we study the influence of surface rheology on the creation of such films. Experimentally, we address the deformation mechanisms of a suspended film, and we evidence a surprising two-step evolution : the film first extends homogeneously, then its extension stops and a new thicker film is extracted from the meniscus. We rationalize this complex behavior using a model based on Frankel's theory, and on interface rigidification induced by confinement. 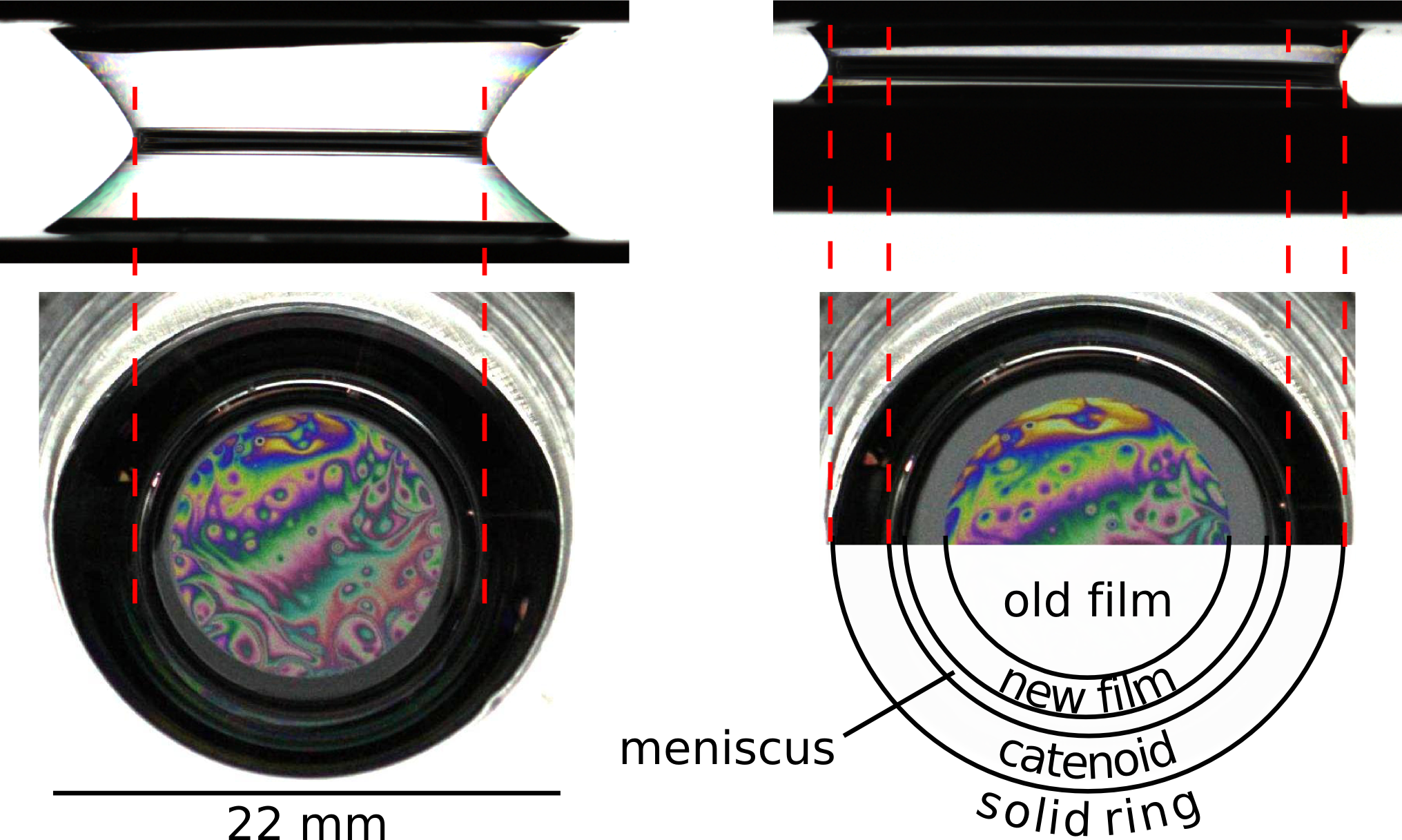